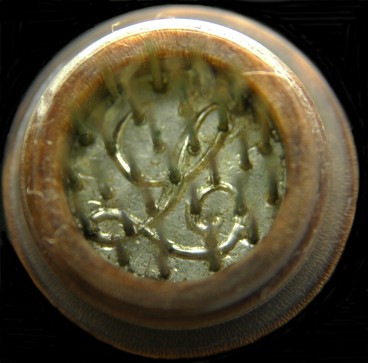 Carl Baunscheidt (1809-1873), a German mechanic and inventor, first produced the lebenswecker in 1848.  Translated most directly as “life awakener”, the lebenswecker is comprised of six parts (a wooden cap, head cover, shaft, and plunger, and a metal needle head and spring), and is used to pierce the skin without drawing blood.  Baunscheidt also sold a proprietary oil for application to the punctured area, irritating the skin and raising a blister.  He argued that by creating additional pores in the skin toxic substances were more quickly exuded and that the irritation distracted the body’s attention away from the instigating health issue (a contemporary medical theory known as counter-irritation).  According to Baunscheidt, he had discovered this method after experiencing improvement in his rheumatic hands after being bitten by mosquitoes.  The lebenswecker was purported to improve baldness, toothache, and rheumatism, among other ailments.

By 1854 Baunscheidt’s invention had brought him fame and wealth, as well as a string of imitators who aimed to profit from the lebenswecker’s popularity.  Initially an approved distributor of Baunscheidt products in Cleveland, Ohio, by 1866 John Linden was making and selling his own lebenswecker model called the “resucitator.”  The artefact shown here is one of Linden’s products.

Baunscheidt’s company produced the lebenswecker until 1944, when its facilities were damaged during the War.